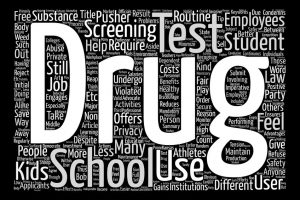 It’s no secret that employers in Long Island, New York and Tampa, Florida do not want their employees under the influence of any type of drug, even outside of working hours. As a result, many transportation, safety-sensitive, and high-stakes job positions do require clean drug tests in order for employees to retain their positions and responsibilities.

Some employers only test as part of the pre-employment hiring process, while others can test for drugs and alcohol under certain circumstances. Each state holds its own laws regarding an employer’s limits on when and how drug screening can be conducted.

Employers Have Many Different Reasons to Drug Test Employees

Employers who go through the hassle and expense of drug testing their employees have many reasons to do so. First, it enables them to qualify for discounts on their workers’ compensation premiums based on proof of taking steps to maintain a drug-free workplace. Drug tests also help employers minimize their legal liabilities by preventing situations in which an intoxicated employee could harm a customer or another employee. Of course, drug testing also improved workplace productivity by ensuring that the employees on the job are capable of handling their responsibilities effectively.

Since drug testing is an invasive process that has the potential to cross privacy rights, employers do have limits to their drug testing powers. A company in Long Island or Tampa cannot single out a specific group of applicants or employees, such as by race or hair color, for drug testing. This would be considered discrimination. In many states, employers are required to list the need for drug testing in job postings. Some can only require a drug test after an offer of employment has been made. It all depends on the state.

How Does Medical Marijuana Come Into Play?

The reputation and implications of marijuana have changed dramatically over the past few years. Medical marijuana is now an accepted and legal treatment in more than 20 states across the nation, and more states are joining that group each year.

Though a person in possession of a valid doctor’s note for medical marijuana cannot be legally punished for testing positive for marijuana in an employer-mandated drug test, it can still be grounds for job dismissal. Some states are beginning to pass laws that prohibit employers from discriminating against employees who use medical marijuana, and those laws are sure to be a work in progress over the next decade.

Want To Keep Your Workplace Safer? Get Your Employees Drug Tested!